After almost 17 years with Matrix-NDI working as a Field Technician, Steve Cosgrove retires today! In order to send him off into retirement properly, we want to highlight some parts of his career and personal life. We are so thankful for all of the hard work Steve has done for us and wish him all the best as he enters retirement.

Steve was born and raised in Brooklyn Park, MN. After high school he attended Hennepin Technical College to study business, but after two years he decided that it was NOT for him. From there he decided to obtain his associates degree in Electronic Technology from Brown Institute which was located on Lake Street and Minnehaha. At this time, he was learning how to fix and support large mainframe computers – which took up entire rooms. 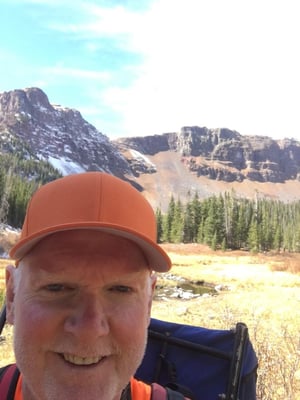 After obtaining his degree in Electronic Technology he entered the workforce as a salesman where he sold computer related hardware such as printers, hard drives and storage. In 2001 he decided to call the Union to ask what he could do with his degree and experience, and found out that Low Voltage was in his wheelhouse. He worked in the field for 3 years before being hired by Matrix-NDI in March 2004. Here at Matrix-NDI, he has been an incredible asset specializing in Low Voltage Voice & Data as well as Security.

Steve says that he has been incredibly happy working for Matrix-NDI and that it’s the longest he has ever spent working for one company. He values all the friends and memories he has made along the way and is glad he found such a great place to work.

Steve has been married to his wife, Kathy, for 41 years. Kathy is a retired Registered Nurse. They have one son, Charlie, who lives in Saint Peter, MN and works as a football coach at Gustavus Adolphus College (go Gusties!). Charlie and his wife, Liz, have three children together making Steve an incredibly happy grandfather. While Steve doesn’t have any pets, he has a grand-dog named George – who is a yellow lab. 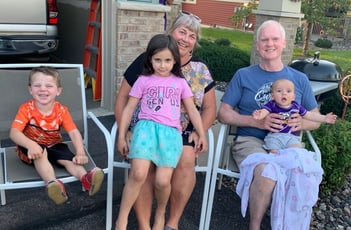 Steve and Kathy enjoy traveling and are looking forward to the end of COVID so they can explore the east coast more. They plan to drive to Florida next winter and then move up the coast as the weather warms up. Steve would like to check out island life and visit Hawaii and some islands in the Caribbean in the future.

Some of his other hobbies include fishing, hunting, and golfing. He and Kathy have a place by the lake in Alexandria, MN where they look forward to taking spontaneous trips now that they will both be retired. Steve also loves hunting with his buddies, shooting skeet in the summer, and is perfecting his skills at reloading (building his own ammo). In the winter he loves going to the range with a group. He says it gets competitive and they have competitions to see who can hit the most bullseyes in a timed setting. During the fall of 2019 he took a trip with his friends out to Colorado to hunt Elk. He said they weren’t successful, but the views and time spent in a great place with great company made up for it. Steve is hoping to improve his golf skills but plans to have a good time with it even if he only gets worse.

Comments about Steve from his peers:

Again, thank you for all of your hard work over the past 17 years at Matrix-NDI, Steve. Enjoy retirement!

COVID-19 has changed the way we function in the business world. Many of our customers have had to find ways to enable their workforce to work from...

There are a ton of options for voice applications or UCaaS solutions on the market, we have created a list of 10 questions to help you decide on a...

After 17.5 years, our Receptionist, Rebecca Key is retiring! We appreciate all her hard work and her willingness to help with everything over the...